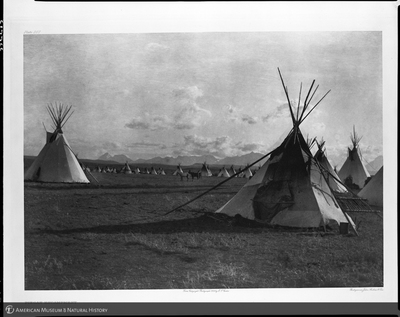 AMNH Library catalog record: The North American Indian : being a series of volumes picturing and describing the Indians of the United States, and Alaska.