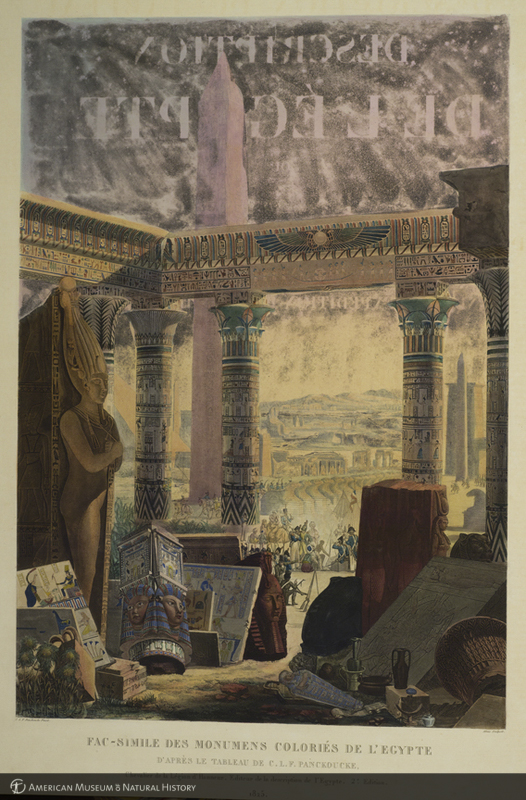 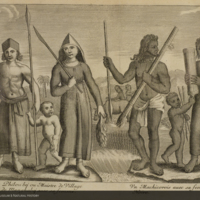 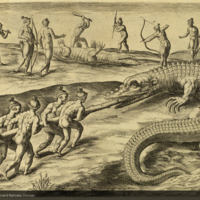 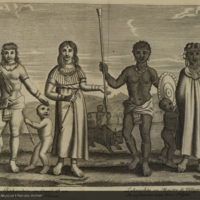 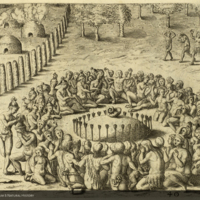 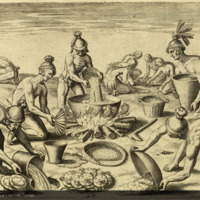 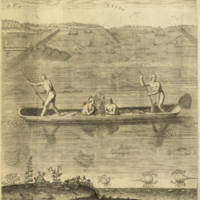 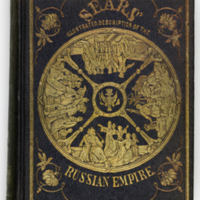 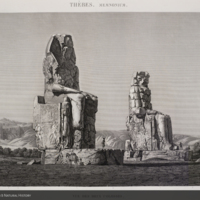 This image, a hand colored engraving serving as the frontispiece to Description de l'Égypte…, was described by Nina Root, AMNH Library director emerita and author of the essay Egypt Revealed in Natural Histories.  Included here as anthropology, the work in its entirety, “…was a collaborative effort of 150 scientists and scholars and 2,000 technicians and artists,” on an expedition to Egypt that documented study in many disciplines.   Root writes, “The paint used in the frontispiece’s blue sky contained white lead watercolor, which has become distorted by a chemical reaction with the atmosphere.”

To enlarge this or any image, and to see the accompanying information, simply click on an image or its title.  Information can be accessed about the rare book from the Library’s catalog records, and the exhibit can be further explored by selecting authors, artists, titles, and subjects.