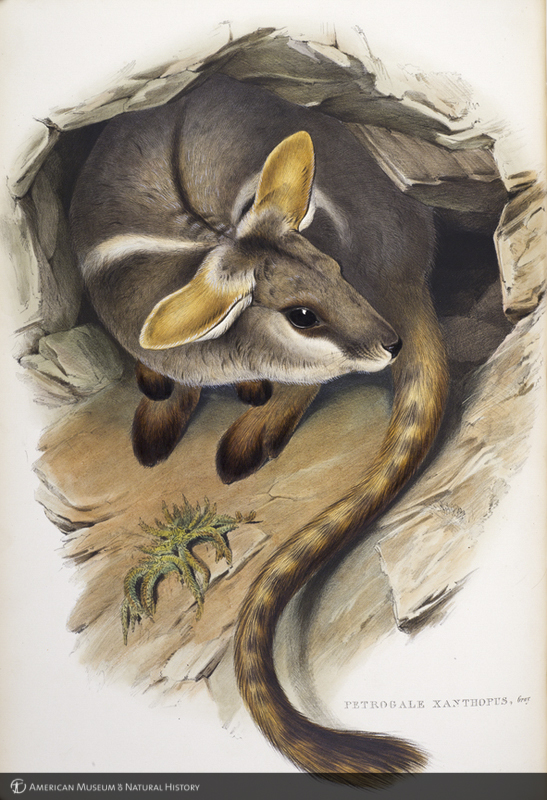 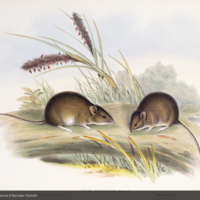 Gould's mice, Mus Gouldi, from Gould's The mammals of Australia 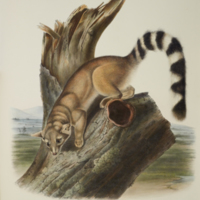 Ring-tailed Bassaris from Audubon's The viviparous quadrupeds of North America 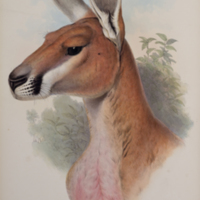 Osphranter rufus from Gould's The mammals of Australia 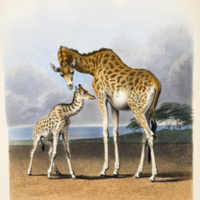 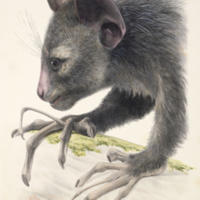 Adult male aye-aye from Owen's Monograph on the aye-aye 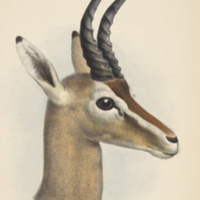 Ammodorcas Clarkei, Clarke's gazelle, from The proceedings of the scientific meetings of the Zoological Society of London 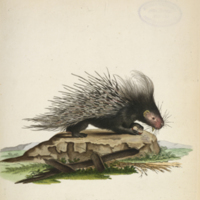 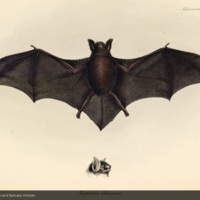 Vespertilio Chiloensis from Darwin's The zoology of the voyage of H.M.S. Beagle

The above image of a yellow-footed wallaby from Gould's The Mammals of Australia appears in an essay in Natural Histories by Robin Beck, research associate and former post-doctoral researcher in the Mammalogy Department in the AMNH Division of Vertebrate Zoology.  Beck writes of the lithographic plates in Gould’s work, that several depict animals which later suffered a loss of numbers or eventual extinction in Australia, such as the thylacine, also known as the Tasmanian tiger.

To enlarge this or any image, and to see the accompanying information, simply click on an image or its title.  Information can be accessed about the rare book from the Library’s catalog records, and the exhibit can be further explored by selecting authors, artists, titles, and subjects.